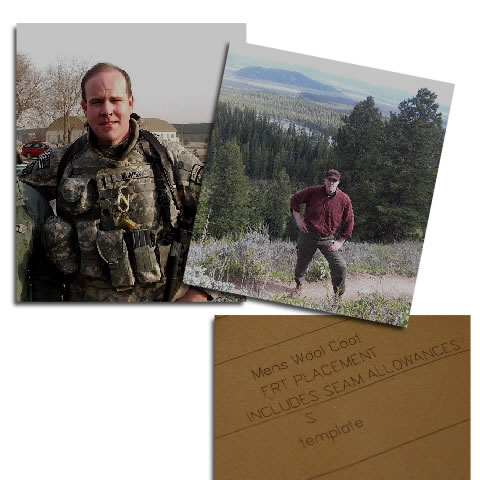 It began with the simple idea; “the best provisions for the wilderness shouldn’t always be the ones that cost the most.” It continued with the promise that we’ll provide you with such outstanding quality goods and services that we warrant your special trust, fidelity, and loyalty.

The folks at Tradition Creek are inspired by generations of pioneers, frontiersmen, and ordinary folks that have ventured into the forests and fields in pursuit of a dream.

At the height of the American recession of 2008, Shawn Murphy, a US military veteran, founded Tradition Creek an outfitter for fine camping goods and outdoor apparel. After a few years outfitting folks headed “up north” Murphy chose to focus on something that had been lacking both in the outdoor apparel industry and the American economy in general – High quality US Made outerwear. Rather than use polyester and cotton, like most outerwear, Murphy chose wool, nature’s best insulator and a buffer of rain and the elements.

Every item we sell is backed by the good name of Tradition Creek.
“Tradition Creek”, the name, stems from a creek where Chippewa natives would trade with French fur traders. The crest depicts two black bears supporting the “Star of the North” (the nickname of Minnesota), with “TC” on a shield below. Crossed behind the shield are two Chippewa tomahawks. Black Bears are common to Minnesota and the tomahawks were a common trade item during the fur trade era. The banner “Tradition 2008 Creek” represents the date of founding and name of our proud organization.

Today, Shawn Murphy, the Afghan War veteran, avid outdoor enthusiast, and community leader continues to be at the helm of Tradition Creek.  We are the proud winner of the 2013 CityPages top sporting goods award, and have been honored around the world for providing some of the finest American made outdoor goods around.